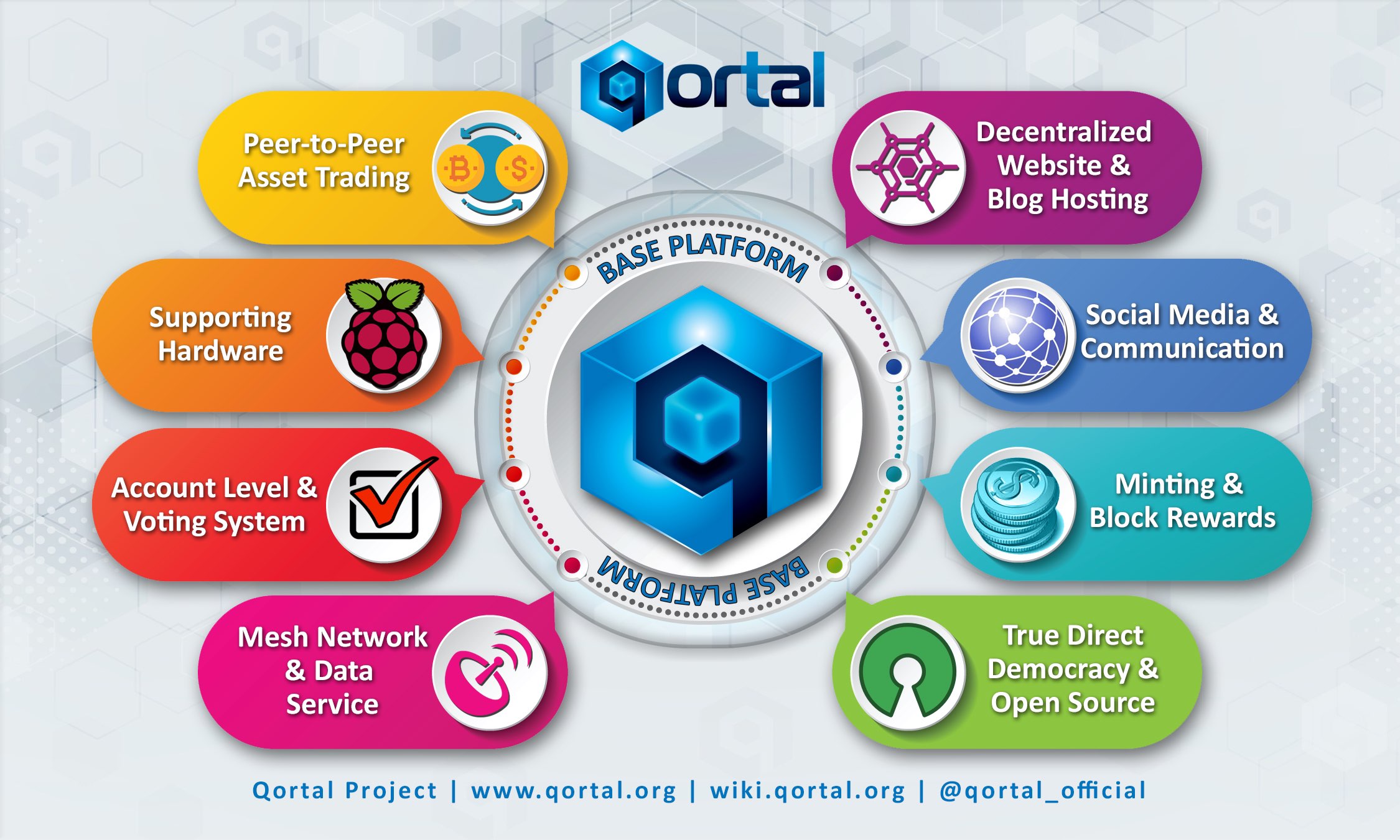 The Qortal Project is a blockchain-based alternative infrastructure that will create a truly decentralized safe haven for collective consciousness and individual sovereignty. Qortal is intended to be the future blockchain-based Internet and data service alternative. Built by the people for the people worldwide and designed to outlive us all! Qortal is meant to welcome everyone from everywhere in the world, regardless of their technical abilities or background in the crypto space. Qortal most definitely welcomes the existing crypto community with things they value such as truly decentralized p2p trading and local wallets!

As we wrap up our first year, a lot has been accomplished as we continue to persevere! Genesis block was launched on June 29th 2020 and what a roller coaster it has been! We overcame so many hurdles during Phase 1 & 2. Chain stability and a truly decentralized Trade Portal has been a daunting task with limited funds and limited developer resources. Let’s recap what all we’ve accomplished with Qortal in the past 12 months:

What we can expect next: more coins added to the Trade Portal and wallet, improvements to the sponsorship system, data hosting implementation, and added features to the UI!

Many improvements are coming to Q-Chat such as message ‘pinning’ with chain messages, and with the data storage system that is being built, picture messages and video chat!

Data storage private demo has already been accomplished. The data storage system will work with a ‘side chain’ that will run along with the main Qortal chain. This ‘side chain’ will be called the ‘Data Chain’. The Data Chain will store the hashes of the data that is stored on Qortal. The reason for the Data Chain, will be to verify and secure the data hosted within Qortal. A ‘hash’ of the data that is stored, will be stored on the Data Chain. Any time data is modified, the hash changes which ensures the data is not modified from its original upload. With this system, the data will be secured by the blockchain. Data Storage is the first step towards becoming ‘the new Internet’!

We are also discussing multiple modifications to the Sponsorship system of Qortal, as we have seen a few people who have been ‘gaming’ the system by self-sponsoring. The proposed changes will ensure that a Qortal Sponsor will only have the right to sponsor if they themselves are minting and the sponsorship rights will be given out in the form of a ‘sponsorship asset’ which is randomly given based on multiple algorithms. The sponsorship asset will be possible for any level 3+ minting account to obtain. This means the ability to sponsor will begin at a lower level and open up more room for sponsorships to take place.

We will also be modifying the way the submission of minting signatures takes place. In the new method we’re considering, Qortal will require the submission of a ‘nonce’ from the memory-based PoW algorithm already used in the chat transactions of Q-Chat. This algorithm runs about the same ‘speed’ on any device and can be set to take a certain amount of time in order to submit a minting signature. With this, we can limit the amount of minting signatures that can be submitted by each node. Therefore, only 2 signature submissions maximum would be possible per node. This will limit the ability for those who are gaming the system to do so with a single node and they will be forced to set up multiple other nodes in order to run their gamed accounts (which we believe will dramatically lower the amount of gamed minting accounts).

We rarely estimate exact completion dates, as Qortal is a completely custom platform and building this from scratch comes with all sorts of unexpected hurdles. Therefore, we can only give a general idea of where things are with new functionality and features. As anyone can see, the development on both the core and the UI have sped up as of late and we expect that speed to continue into the future as we obtain more developer assistance from our wonderful, ever-growing community. We expect many improvements to be completed by the end of 2021!

Qortal is not just a platform, it is the future of the alternative decentralized Internet and everything that is to be built on top of it! It will be viable infrastructure for ethical blockchain projects to be built securely. Qortal will empower the people of the world with true decentralization to regain proper control over their lives. Doing so in a completely secure and individually sovereign manner is not an easy task but it CAN and WILL be done! Cheers to all our beloved fellow Qortians!