At a later date, leveling will apply to other Qortal account types (see Account Types) giving multiple different types the ability to 'level up' in the system, and gain more voting influence, form committees, etc. 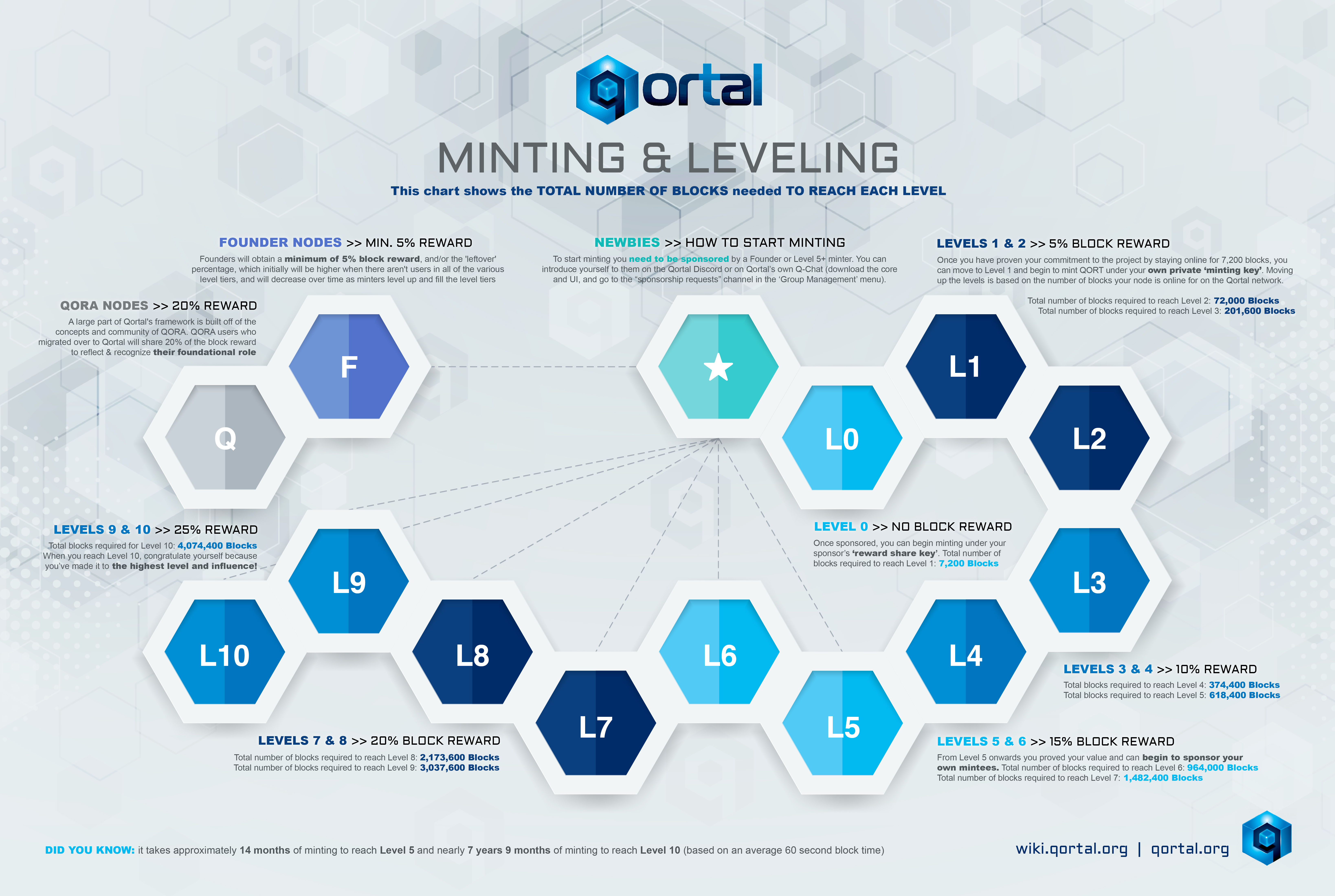 As the entire design of the minting system suggests, the importance for the minter in Qortal, is that of SUPPORTING THE BLOCKCHAIN BY RUNNING A MINTING NODE. As a minting node is very important for the overall health of any blockchain, we have decided to delegate that importance by enforcing the minters being online and synced as the main contributing factor. As such, since we realize this importance, being ONLINE is tracked by the Qortal Core, and every 'online block' for every minter, is cemented into the blockchain. It is impossible to 'trick the core' into thinking you are online when you are not, as every node that has a minting key assigned to it, must 'verify' itself every block, by performing a special signature tied with a timestamp, and submitted within a given timeframe (5 minutes).

As a minter, you will 'level up' as you continue to prove yourself a supporting node on the network, and increase the count of your 'online blocks' therein. Leveling up gives you many advantages…

- You can vote with more influence when you are higher level.
- You will earn more in terms of rewards as you level up.
- You can begin to 'sponsor' the creation of other minters, once reaching Level 5.
- More advantages will come as the Qortal System continues to evolve and change and new versions are released.

Increase in level happens solely by continuing to prove yourself a full node that is synced, and being assigned to a given minting key. As you do this, you will increase in level.

The following shows the amount of blocks needed FROM ONE LEVEL TO THE NEXT. These are NOT CUMULATIVE and must be accomplished EACH LEVEL (starting back at 0 upon level increase taking place): 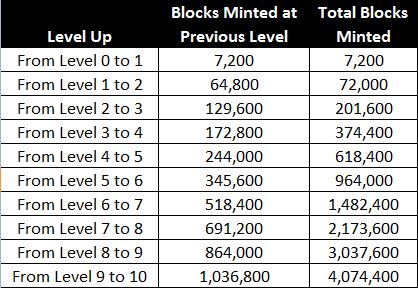