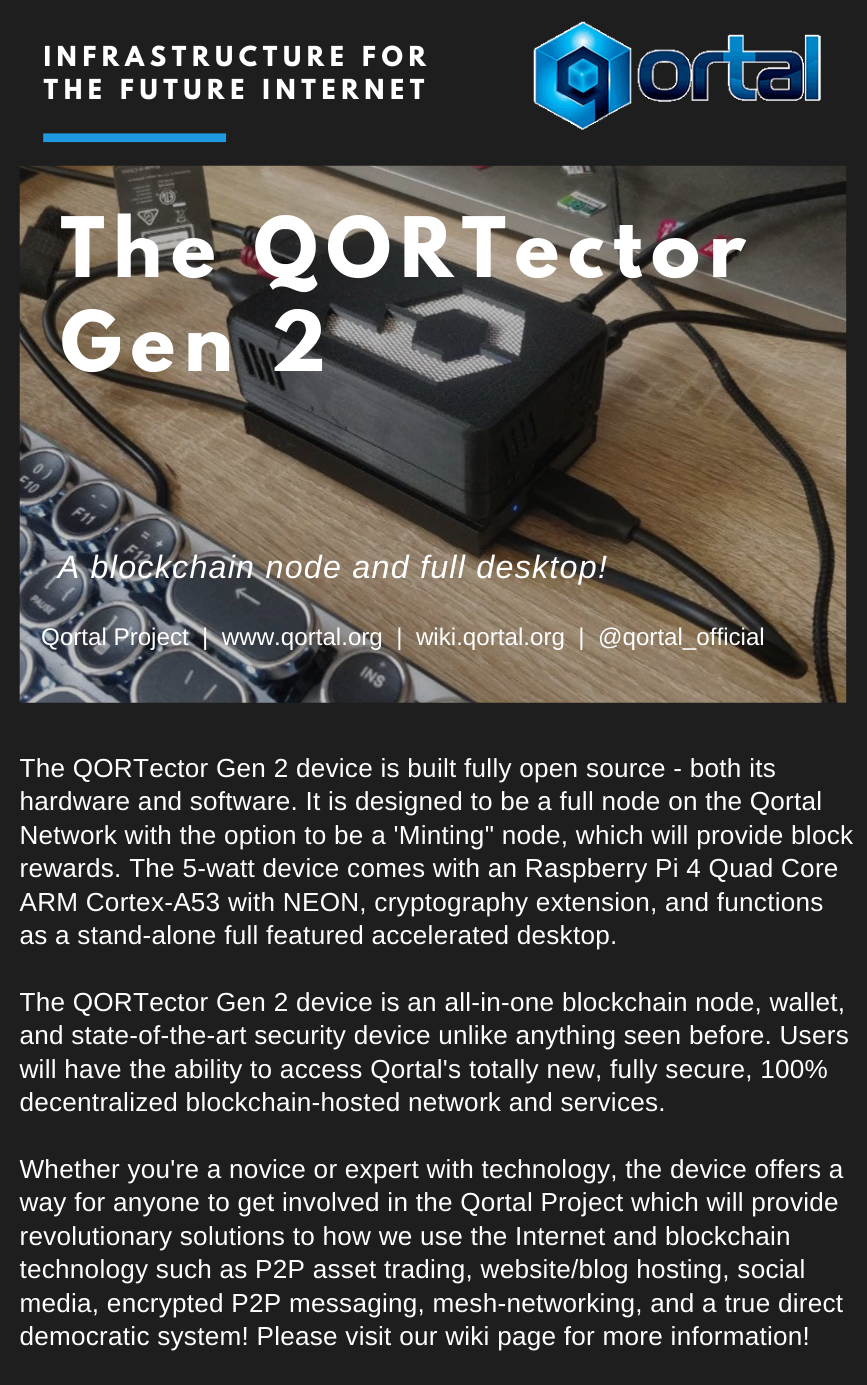 The QORTector is intended to be an open source hardware solution that can be a cheaper alternative to those looking for a dedicated Qortal node. Qortal nodes need to be running 24/7 in order to stay synchronized to the chain. If a node does not stay running 24/7, it will need to synchronize each time prior to making use of Qortal.

We have moved on to 'QORTector Gen 2' which uses the Raspberry Pi 4, and the 'QORTector KB' which uses the Raspberry Pi 400. We have developed custom kernels (software) for these devices with optimized cryptographic functions and 'Auto Threat Mitigation' to combat security risks of hacks (internet based). This is only the beginning of out-of-the-box thinking and development for NON-PROPRIETARY hardware solutions.

These devices draw significantly less power than most computer systems (equivalent of charging a cell phone) and can be a cost-effective way to taking part in the Qortal Network! Comparing that to the dreaded power-hungry ASIC miners of Bitcoin, it becomes apparent how incredible the options are for running a node on the Qortal Network. For those who are technically inclined to do so, the images/kernels for the QORTectors are made available for download so you can purchase and configure your RaspberryPi on your own. Go to Raspberry Pi 4 to build your own!

Crowetic Hardware Development (CHD) is a Nevada-based company that 3 Qortal Founders (Crowetic, G Factor & FDM Dynamics) put together as a third-party service to provide Qortal’s community with pre-built hardware solutions if they wish to purchase: www.crowetic.com 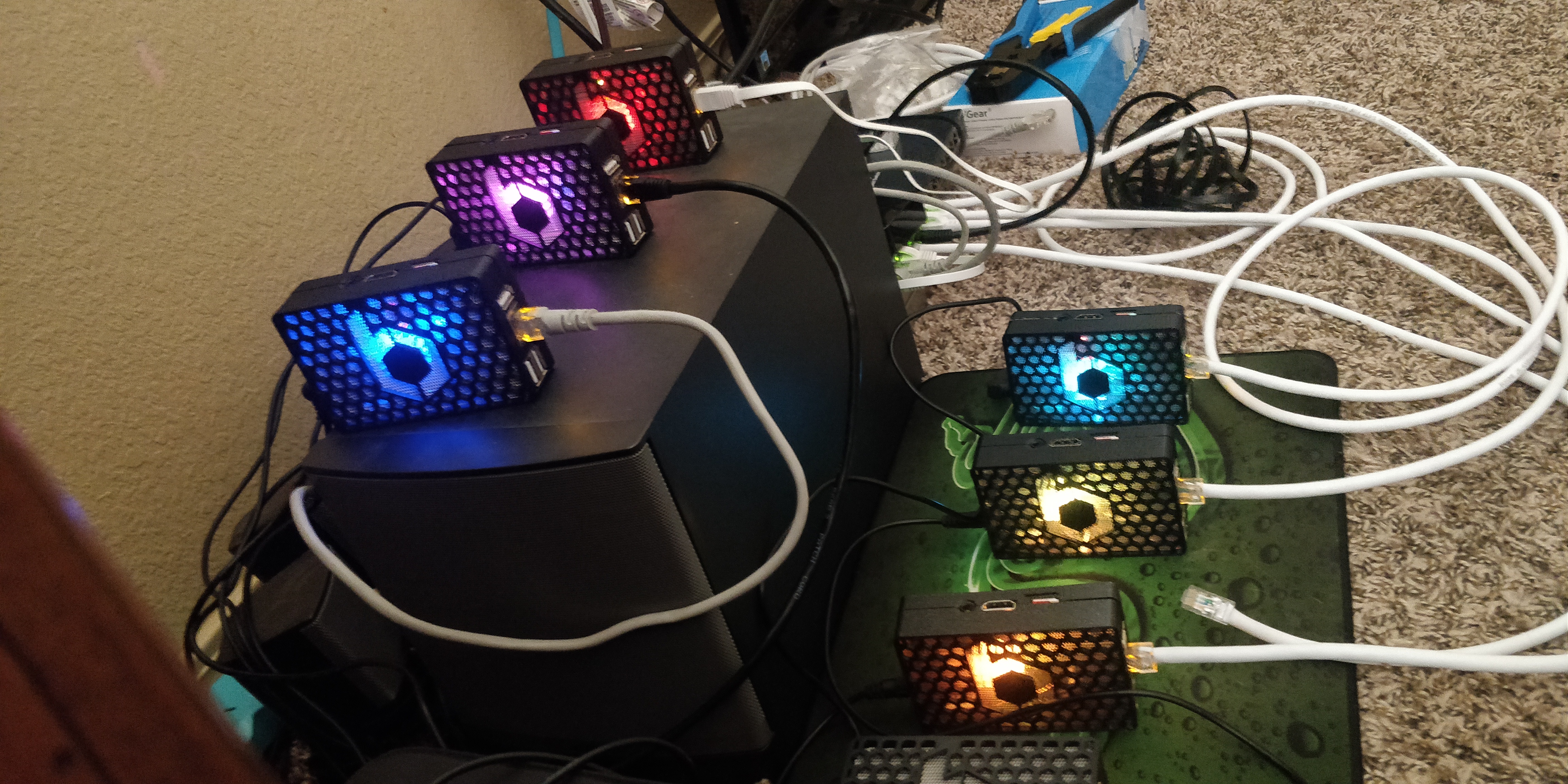 Gen 1 was the OrangePi Prime H5 which has been discontinued by the manufacturer and wasn’t able to work properly as a full node (due to hardware limitations as a ‘full node’. It will likely be capable of running as a Lite Node with a needed kernel upgrade. 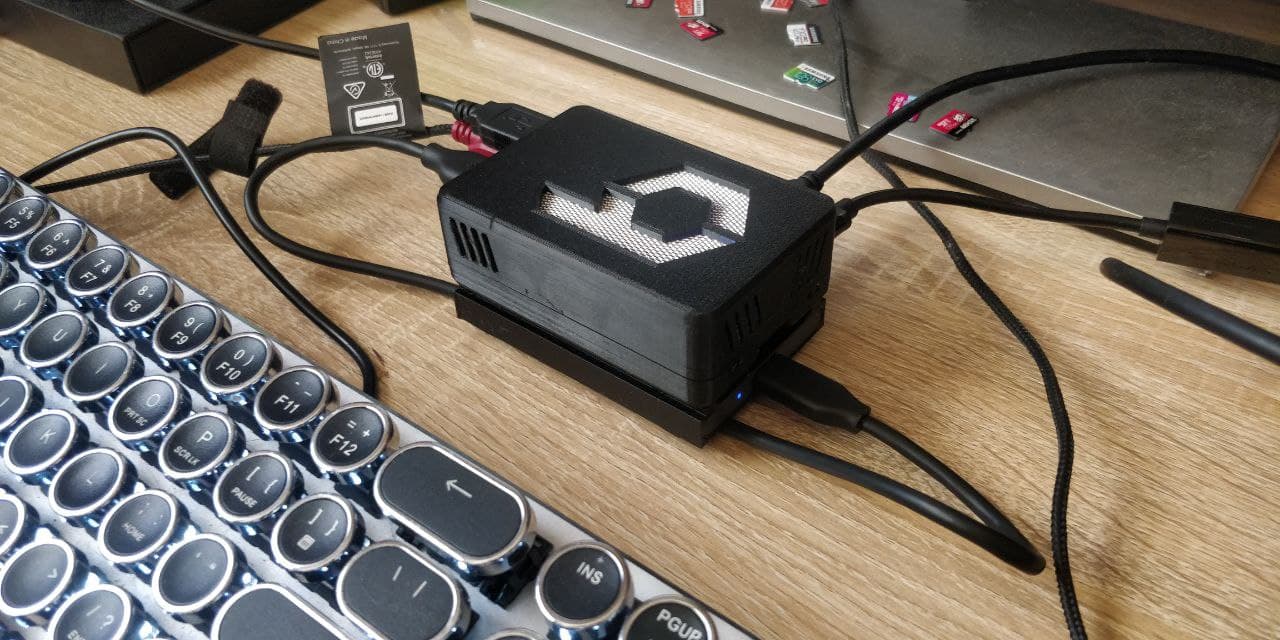 The QORTector Gen 2 device features a 500GB SSD storage, quad-core 64-bit processor, 8GB RAM, wireless networking, dual-display output, and 4K video playback (utilizing the latest Brooklyn kernel version)! The Gen 2 is a special purpose image for the Raspberry Pi 4 Rev 1.1 and above that utilizes advanced crypto and server grade functions to facilitate minting and full featured accelerated desktop. Gen 2 has proven itself as a full replacement of standard x86 daily driver desktops at the expense of a fraction of power and resource utilization. All variants above Rev 1.1 for Pi4 up to 8GB RAM are supported out of the box. 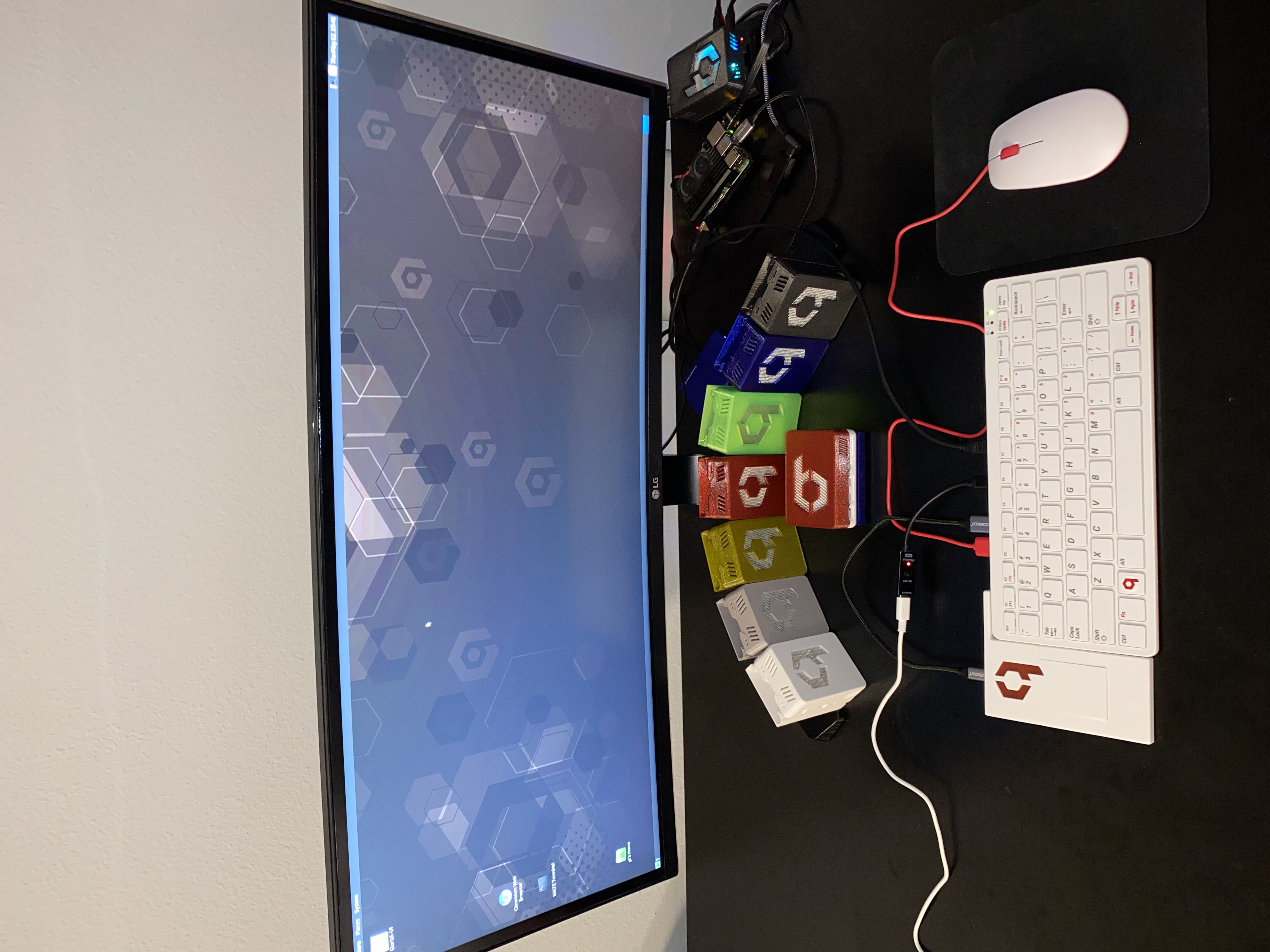 The QORTector KB uses a RaspberryPi 400 keyboard, then we add a Samsung T7 SSD with a custom 3D printed holder and connector! These devices comes with 4GB RAM and 500gb of SSD storage.

Soon to come! These new models with utilize the Rock Pi boards. Likely the 3A version first, followed by the 5. These will require their own Brooklyn versions of software which are under developement! 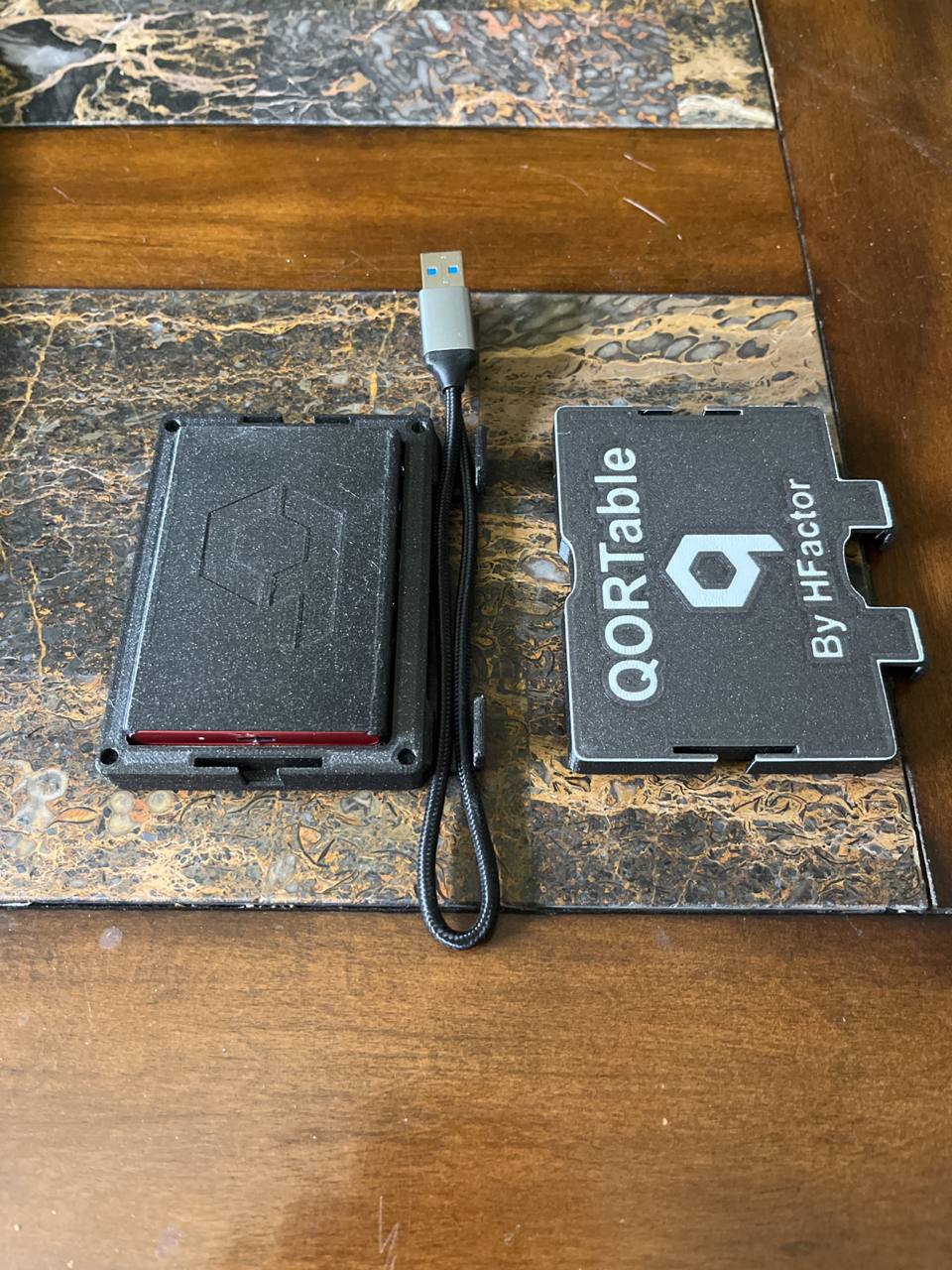 QORTable devices will also soon be available which are USB flash drives with custom software to run the Qortal Core and UI without having to install anything on a computer. The core and UI run with with computer's CPU, but the database stays in the external drive, which means QORTable will be plug-n-play ready for running the Qortal Core and UI from one computer to another at any time! In other words, you can stop where you're at on one computer and pick up where you left off on another computer with QORTable!

Eventually we’ll get into other boards as well as cellphones, laptops, solar/battery packages, and custom clothing/other types of merch!